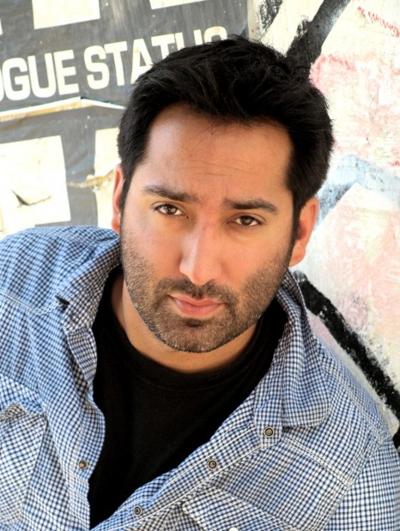 I met Deepak Sethi at Mel’s Diner on Sunset Boulevard. It’s the kind of 50’s throwback restaurant where they force all the wait staff to wear little paper caps and make a big deal out of the fact that when you order a milkshake they give it to you in the big metal can they blended it up in, but the folksy vibe is undone by the valet parking and the newly installed juice bar. It’s quintessentially Hollywood, really – trying to make Hollywood excess and glamour look ordinary is like putting anti-lipstick on a really beautiful pig.

Deepak Sethi might be one of the few ordinary people left in the entertainment industry, thanks largely to the short span between his humble beginnings and present success. Two years ago he was selling “chickpeas and assorted beans” in Toronto, living in his parents’ attic, and desperately trying to find a use for his MBA. Today, he’s written for Family Guy, is currently staffed on Daniel Tosh’s new animated show, and recently sold a pilot to the Canadian Broadcasting Corporation. Not bad for a bean salesman – or anyone, for that matter.

Sethi, 31, seems just as shocked by his rapid success as anyone else – although he’s still got a few theories on what went right. After we dispensed with the pleasantries and put in our orders (breakfast served all day, naturally), he shared with me the story of how he got to where he is today, as well as some suggestions on how the rest of us can get there.

BlueCat: When did you get started writing?

Deepak Sethi: It was back in first grade. We had a part of the year where we’d publish our own books. Everybody wrote something and we got them bound. Everybody was supposed to do one; I did 14. Because I loved it!

I was even doing comedy back then – I did a joke book. I had the most awful joke. The worst joke.

DS: It was- It was a joke about Los Angeles. I was six years old at the time, so don’t blame it on me. Why do they call it Los Angeles?

DS: Because your name is Angelo, and you’re lost. Boom! Put that up, Rickles!

BC: Racial material! Pretty edgy for first grade. And that, eventually, led to your blog?

DS: It started with Facebook notes, y’know. I started writing those Facebook notes. I’d never get comments on anything I did on Facebook, but my Facebook notes would get like 45 or 50 comments, and people I didn’t know were adding me because they wanted to read my notes. And two of my friends came to me at about the same time and said, “You can’t keep doing these Facebook notes because nobody’s going to see them. Do a blog.” And I remember saying, “Nobody reads a blog.” They said. “Trust us, we’ll read it.”

The first month I had six readers. I was looking at my six readers on the stats site and thinking, “This is awful.” But then, you keep writing, it gets indexed into Google… In three or four months it was getting about 50,000 hits. My highest month was like 150,000. People tell people about it and a brand starts to speak for itself.

BC: What kept you writing, even when you were getting six hits?

DS: Writing was my only outlet. Once you get to a point where you realize writing is something you need to do instead of something you want to do… I mean, if I went through a day and I didn’t write something I’d say, “This is a crappy day.” …But I needed to write. No matter what I did in life, even if I didn’t get paid to write, I had to write. It was just the way I was wired. If you’re not writing, your life isn’t as fulfilled.

I think that’s what pushes a writer more than anything. I think a lot of really good writers – and I’m not saying that I’m one of them – good writers are not good at anything else. I wasn’t good at business. I got my degree in computer science and software engineering and I was terrible at both of those. I just wasn’t good at doing those things. When I write, I’m like, “Hey, you know what? I’m not bad at this. Maybe I’ll just keep doing this.”

That’s why I applaud anyone who puts anything online, creates any content. Really puts whatever it is out there, and does it consistently. Because if you do that, you never know where it’ll take you. I had no idea where it’d go. Even if no one’s reading it, you’re writing it. And you’re starting to understand what works and what doesn’t just by reading it.

BC: And how did a popular blog get you staffed on Family Guy?

DS: I got my job before I moved out here, which is so rare… [In Toronto] I was a salesman at a food company my father owned, but I was writing the blog at the same time – anonymously. When it got popular, it got sent to Ricky Blitt, who’s a producer on Family Guy, and Ricky really mentored me and helped me out in terms of writing scripts. I got to the level where I wrote a script that he liked… And it got me a job.

It’s been really quick. I always look at myself and I say, “Holy $%&#!” I’m afraid somebody’s going to pinch me and say, “Get out of here! You don’t belong here.” 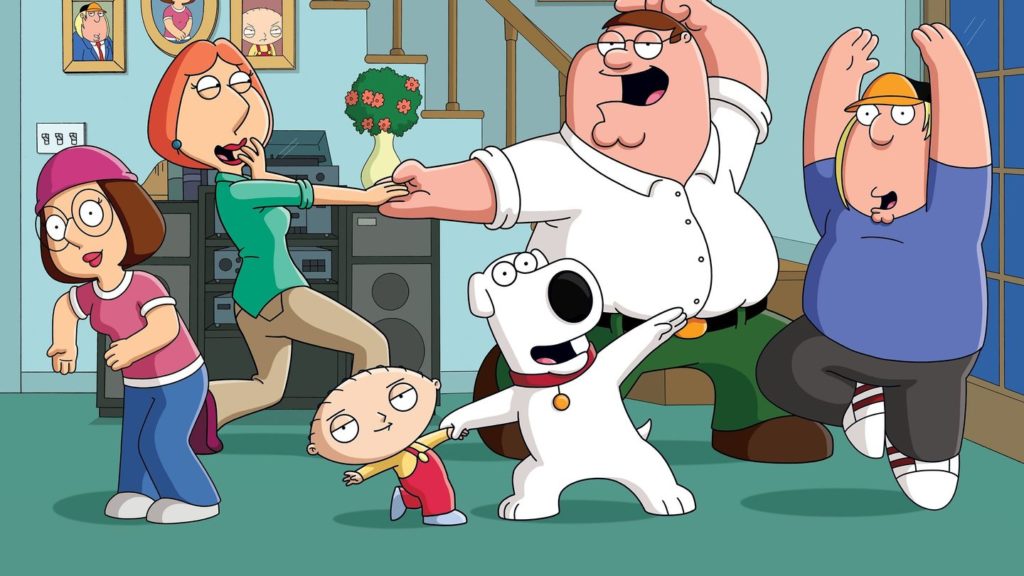 BC: You went from writing a blog to writing for Family Guy. What was the process like, jumping from prose to scriptwriting? Did you read any books or take any classes to prepare yourself?

DS: That was tough. That jump was really, really difficult, because I had no idea how TV even worked. For the first month or two I thought I was on tour at Family Guy Studios. I was like a tourist. You have to quickly learn how the story’s broken, how to craft a joke… They were great there, man. They helped me and I learned a lot. You learn so quickly how to craft a joke. That’s why being on a new show now, it’s like you bring all that experience to it. You know what’ll work.

BC: How do you find time to write every day – even when you’re not working?

DS: You have to force yourself. Nobody wants to sit down alone. I mean, writing is one of the loneliest things you can do. You’re sitting alone with that blank screen… But you just force yourself. Because you know if you don’t, nothing’s going to happen. If you don’t put writing out there, nothing will come back to you. You force yourself to write. Y’know, write anything. Even if it’s crap. Who cares? You wrote it. You can change it later. Maybe it’ll give you an idea to make it better. Just write it.

BC: Have you got any advice to other writers?

1) Be as humble as possible.

Not everyone’s going to like your stuff. You’re going to always try to do more, and that’s what’s going to happen. In other professions you succeed and then you succeed at different level.  We’ll look at our successes and be like, “I can do better.”

What’s going to happen is you’re going to be an aspiring writer and your failure is going to be, “Well, I’m not succeeding, nobody bought my stuff.” Then someone’ll buy your stuff and then you’ll be like, “Wow, I’m successful!” And then they’ll be like, “No, I’m not going to produce this.” You failed there. Then you get to another level. And then you’ll be at the level where you wrote a movie, it gets made, it’s a studio release, and then nobody likes it. And then all these things happened, you succeeded in so many ways, you got all the way up here, and then nobody likes [your movie]. And you’re finally going to get to the apex – “I wrote a movie, it got made, everybody loves it!” and now the studio’s like “Make it again.” Eventually you’ll win an Oscar, and then you’ll be like, “I did everything I possibly could.” And people will say, “Oh, you won an Oscar? How come your next movie sucked?” It’s a continuous failure. It’s a beautiful failure.

I will say this to young writers: Definitely keep writing. Because that’s all we have. What we have is writing. And one of the beautiful things about writing is they can’t take it away from you. They can take your home away, they can take your car away, if you own a business they can sue the shit out of you… They can even take your livelihood away. But they’re all tangible. With us, they can’t take what we have away. And that’s important to realize. What you have is part of who you are. And you know what? If somebody steals your idea, if nobody wants your idea, if it doesn’t get made… You have another idea coming up. That’s probably the best advice I ever got.

Deepak Sethi is currently writing for Daniel Tosh’s new show, Brickleberry. (We’d love to give you the link to his blog, but since he blogs anonymously, we’d be blowing his cover. Who knows? Maybe you’ve read his work already without knowing it…)